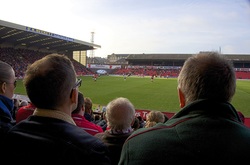 For year's I've heard of the horror stories about Northern Rail, but for the most part have shrugged them off as exaggeration. Sure I've had a fair share of delays on them, and the trip to Gainsborough showed that in some places the infrastructure isn't amazing. That's until this trip. The journey from Sheffield was spent bouncing around on what can only be described as a bus-tram-train. Perched awkwardly on the seats that had been in place since the 1960's we made our to Barnsley for this Yorkshire derby.

Prior to arriving I had no expectation of the place, the ground or the people. In a way this was nice as I was going to a place 'blind' for once. Looking around the train as we rattled into the train I began to get an idea. The Weather was gloomy, there was a lot of red brick housing and I'm 99% certain someone had a flat cap on. It was your quintessentially stereotypical Yorkshire scene, well except for the lack of Whippets.

These things combined with the looming floodlights of Oakwell as we went over the hill meant that we were now looking onto my favourite football related view of the season. The only thing that could've made it better was; a) more people, b) some police horses or c) the remaining 3 sides not being new built. Not that I'm fussy. But this was to be a common theme to our comments on this ground. It's a ground that I'm quite fond on with the two end stands dominating. I can't say I'd be so fond of the ground without the old stand along the side. Without it breeze block and plastic would very much be the order of things, so it was good to be able to write positively on this famous name in English football.

In terms of the game it was very much one of two half's. Bradford scored ridiculously early leading to a very dull first half played to almost silence with everyone praying for half time. When this came we couldn't be quicker down the back of the stand. So lacklustre were we to return we stood and watched the first goal go in on a delayed feed on the TV. Same can't be said for the guy stood next to us who ran in to 'see' the goal when he heard the cheers. Needless to say we found this amusing as by the time he got up to the stands he would've missed both his opportunity to see the highlights as well as the celebrations. We were in seat to see the further two goals scored by the hosts sending the visitors home empty handed. 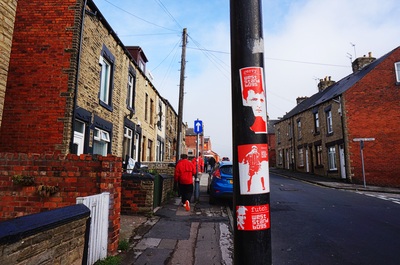 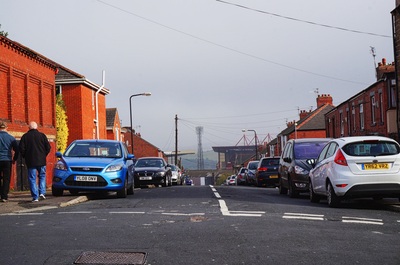 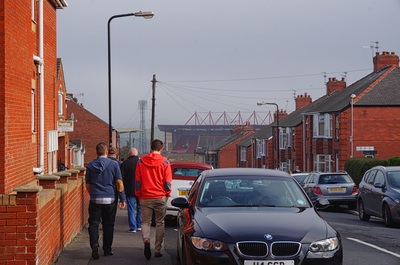 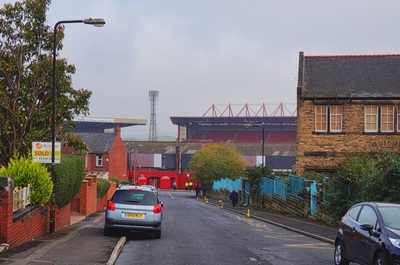 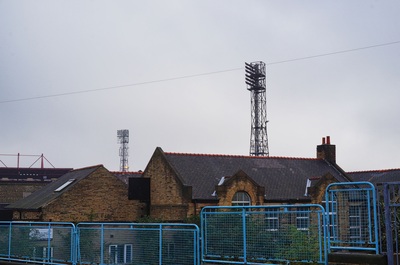 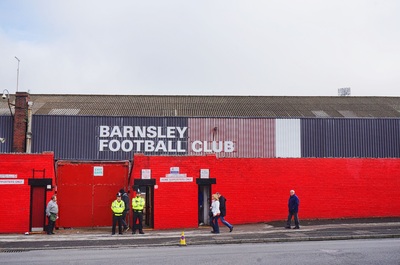 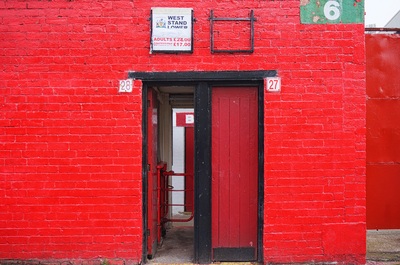 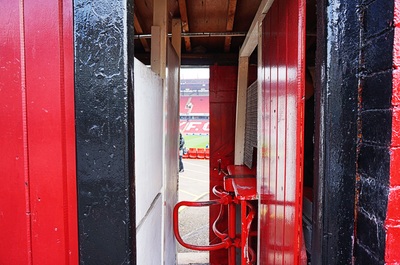 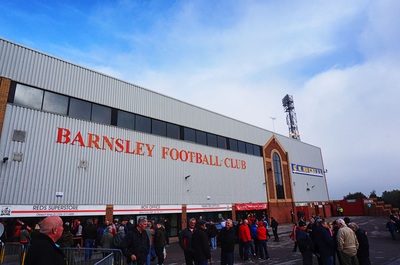 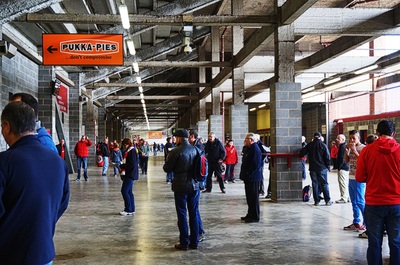 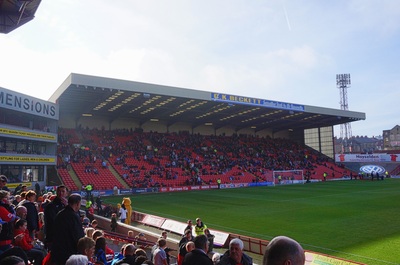 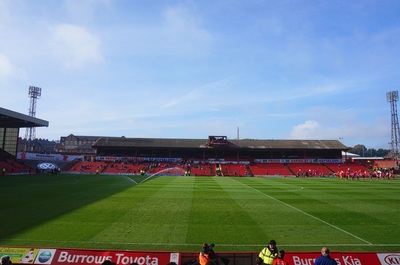 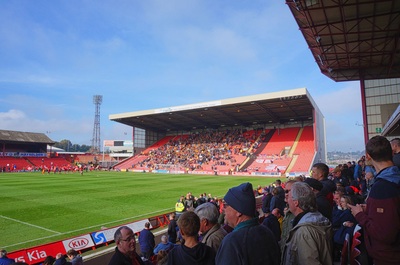 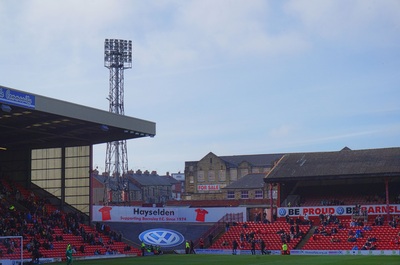 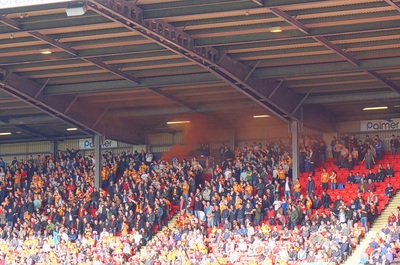 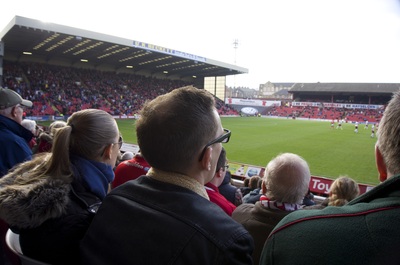 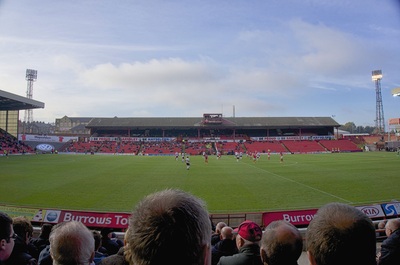 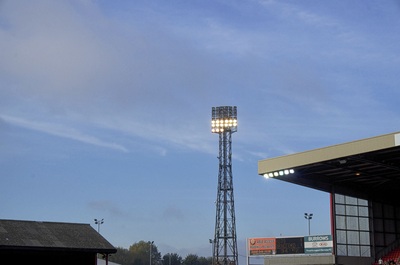 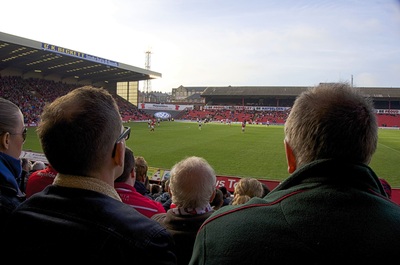 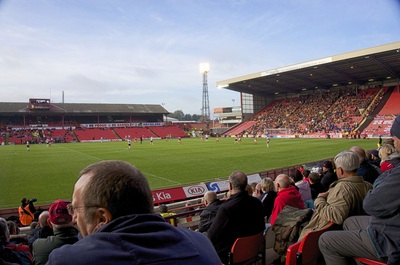 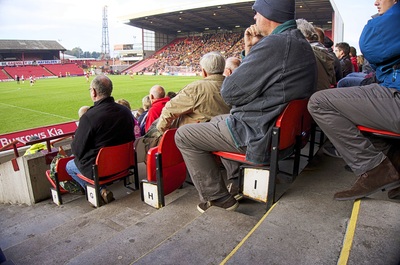 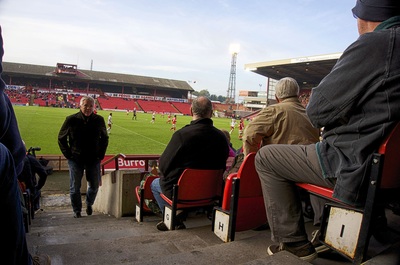 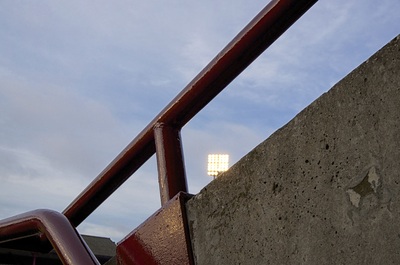 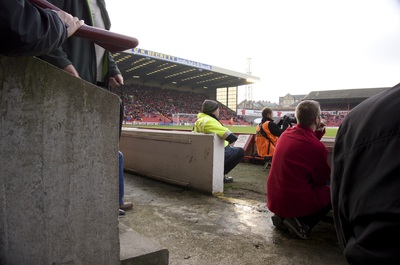 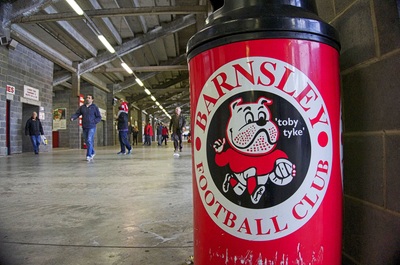 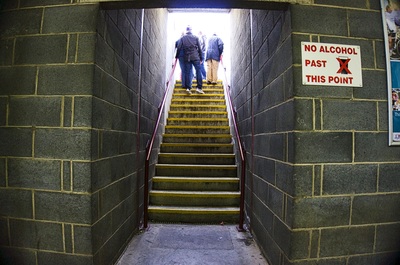