With the Leyton Orient v Brentford game having kicked off at 12:15, I'd targeted this game for the afternoon. I'd made a fairly quick get away from Brisbane Road and was well on target to making this game in time for Kick Off. The problem was, everything was going too well so it wasn't long before disaster struck. It was only when I got to Snaresbrook that I realised I was on a central line train to Epping, instead of Hainult. This was with 15 minutes to kick off. To rectify the situation I had to go back on myself to Leytonstone and change to the correct train. Thankfully, Oakside is right next to Barkingside tube station so that even though I arrived 10 minutes after kick off, I didn't miss much more.

A short walk later, I'd paid my £5 admission and bought and exquisite Burger for £2.50, I was watching the game. Oakside is a ground I'm 95% certain I've been to before, although for a Ford United (now Redbridge) game against Aldershot. The reason why I'm slightly uncertain, is that I would've been 5/6 when I visited so have little recollection. I've definitely seen Ford play though. The ground is a bit ramshackle, but nice on a day like this. Either end are uncovered, with the club house end being raised quite high. Along one side is a small covered terrace, although half of it is inaccessible due to what appears to be storm damage. The final side has a covered seating area in the middle and uncovered terrace either side.

Unfortunately I'd missed the home side's opening goal, not that it mattered as there was quite a bit in the way of action for the 70 or so minutes that I'd missed. The visitors had numerous chances in the bits of the first half I saw, including one bouncing agonisingly off the line. They also managed to equalise, but I missed it. Typical. The second half was one way traffic for the most part, as Needham pressed but weren't able to capitalise on their numerous chances. The best chance did fall to the hosts, however, but the bullet of a shot was palmed away to safety. 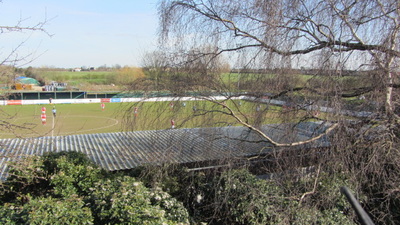 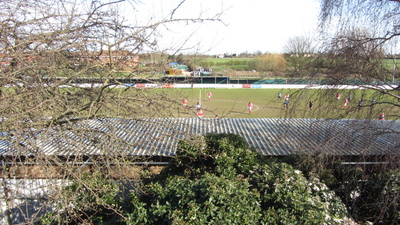 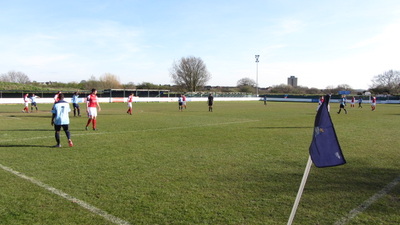 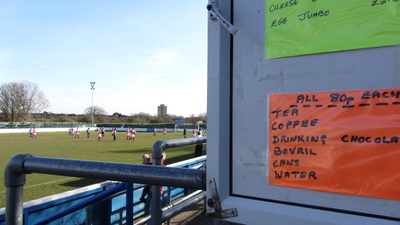 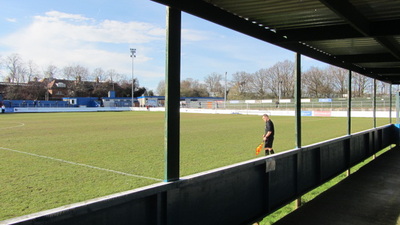 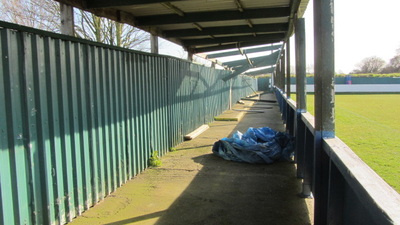 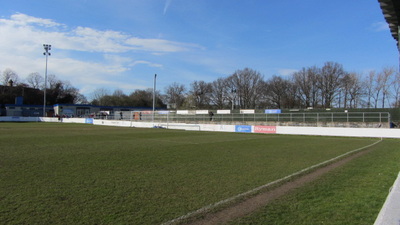 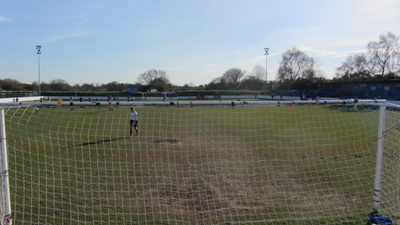 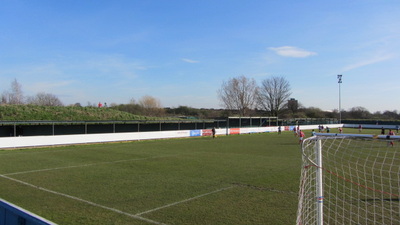 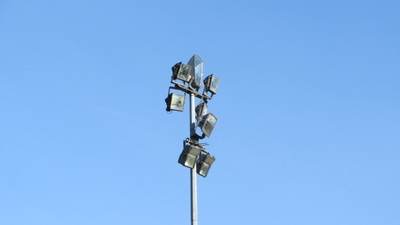 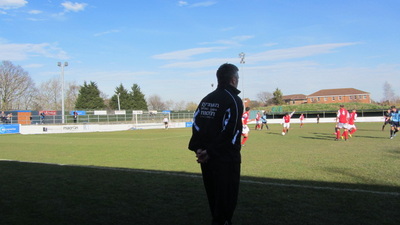 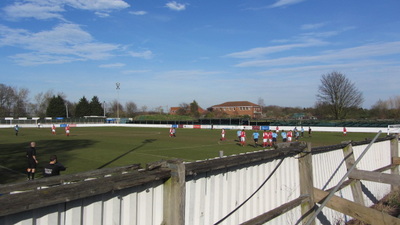 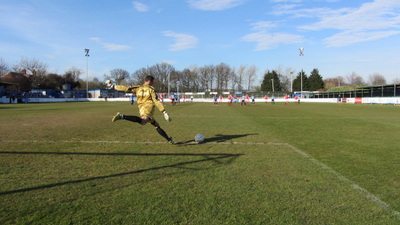 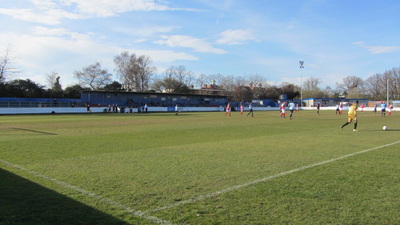 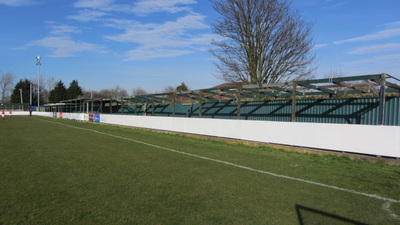 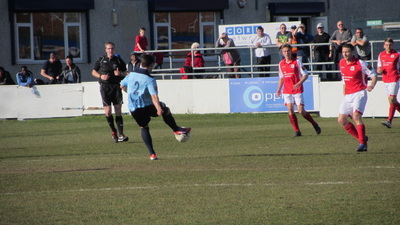 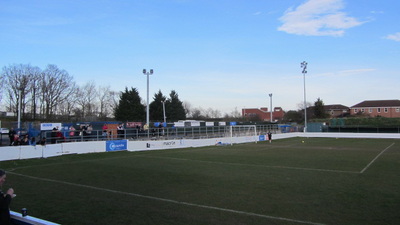 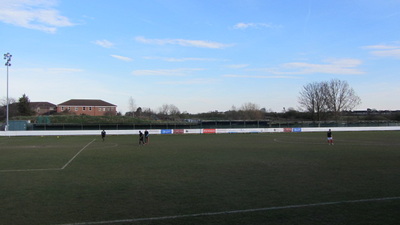 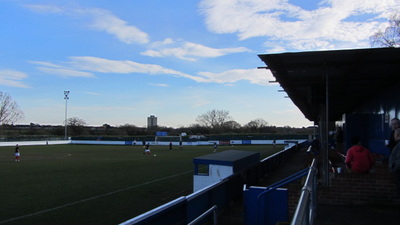 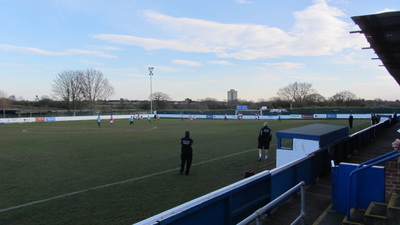 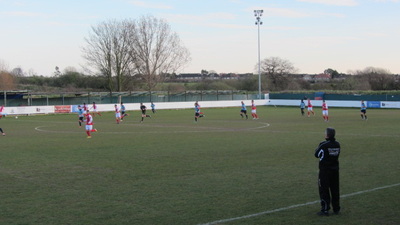 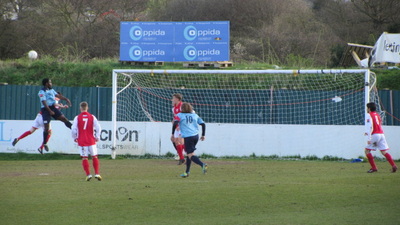