The AFAS stadion in Alkmaar is never going to win any fan awards for stadium design, but is testament that single tier bowls do not have to be dull. The addition of the small corporate tier has allowed a sweeping roof to be be incorporated and the floodlights make a dramatic impression as you approach. Indeed the location of the stadium, on the south edge of the city next to the motorway, means you can see the lights from several miles away as you approach.
Whilst being very modern (and very very clean!) the club have tried to make it look a little less sterile than some grounds. The under-stand bar on the long side has somewhat unusual decor as the designers try to recreate a bar atmosphere. It is also refreshing to see neither a moat nor fences at the front (locals must be friendly!).
The game won't live long in the memory, and it was really hard to understand how AZ are top of the Ere Divisie (although admitably not a very good Ere Divisie) even if their stay at the summit was only to last until the weekend. Nemo did what Nemo does; controlled the game in patches, disappeared in others, played a decent ball through for the goal (even if the shot appeared to go in rather easily) and walked off happy with his contribution even if, as with many at NAC, I was left thinking he could do so much more.
Interest was retained for the whole match as the hosts were unable to really put the game away and the visitors, whilst more efficient that effective, created enough on the break to provide a little bit of excitement.
But AZ held on and will now qualify for the knock out phase where, undoubtedly, much tougher tests will lie. 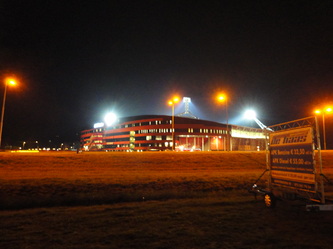 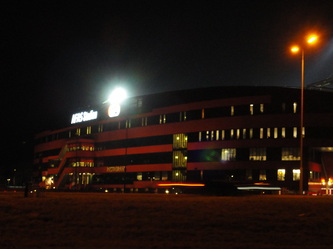 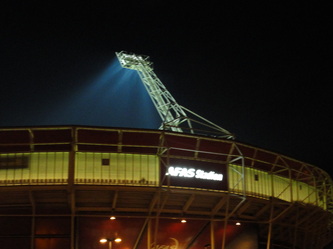 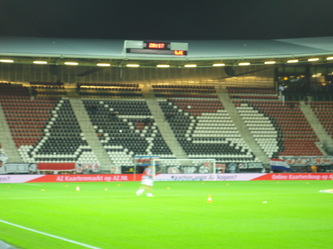 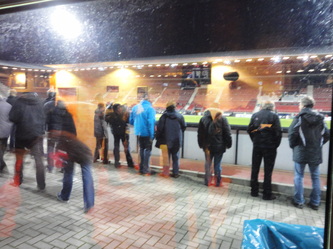 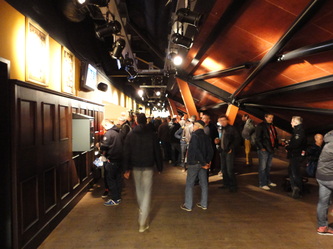 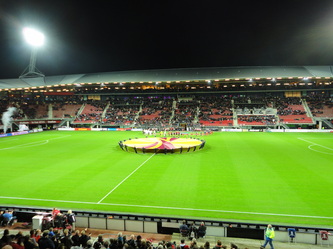 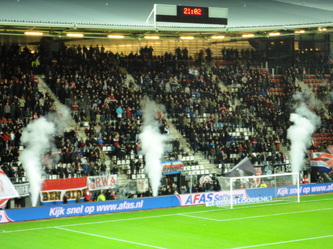 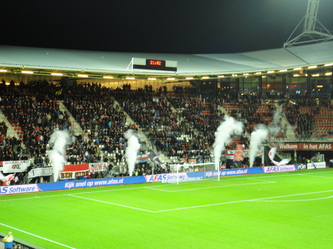 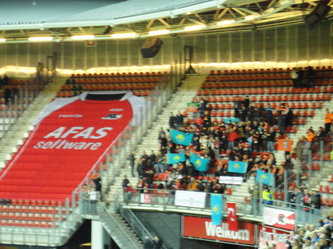 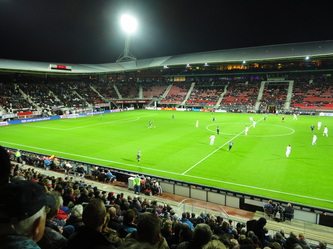 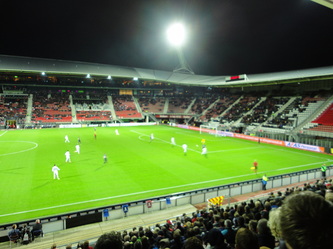 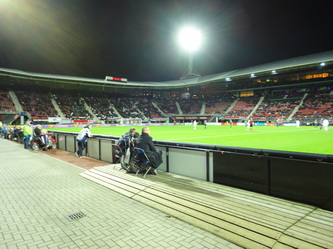 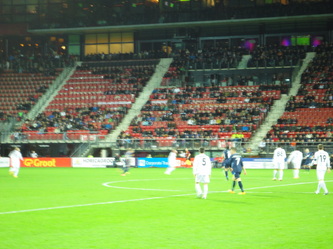 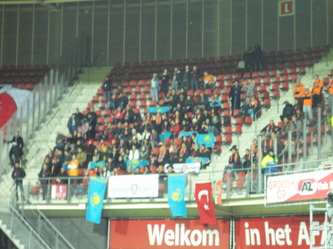 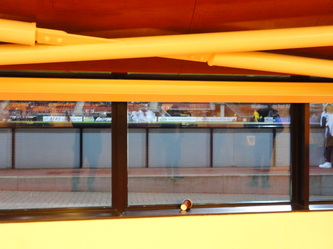 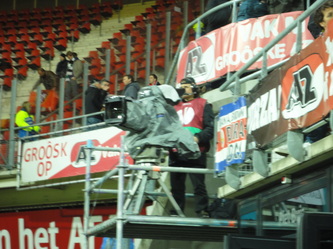 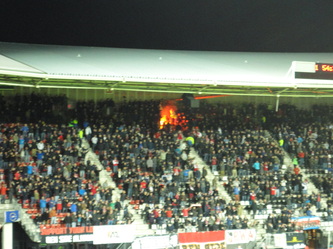