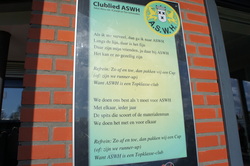 The first game of the weekend saw us visiting ASWH v Achilles Veen in Hoofdklasse zaterdag B. ASWH play in the middle of a sports park in a town you haven't heard of slightly north of Dordrecht. Or for the majority of you reading, an hour from Amsterdam. We parked up the other side of the complex before making the short walk around the lake and then past IFC, whose junior teams were also playing, to Shildman.

The ground is typically Hoofdklasse, yet it felt more developed than most. This may have been because of the stand at IFC lurking over this ground. Either end were paths backing onto fences with the customary fences filled with advertisement. The clubhouse was a smart, modern two tiered structure, providing elevated viewing for this that didn't want to be too far from the much needed warmth, and to be protected from the bitter wind. Interestingly at the entrance were the lyrics for ASWH's club song, although I don't think they played it at any point .The other side was the main stand. This was about 5 steps high with a wooden looking floor. The centre of this were red seats with backs,  while either side were green benches. Next to this stand was a small fenced off area of astroturf with small nets built into the fencing. A brilliant idea if you ask me.

The game started rather feisty with the obvious target for many of the numerous rash tackles being number 8 for ASWH meaning neither team really managed to take a hold on the game. This wasn't helped by the referee wanting to make his stamp and both teams wanting to kick six bells out of one another. The first yellow card came as early as the third minute. Both teams failed to heat up the game played in freezing conditions, that's until number 15 scored in the 44th minute from around 20 yards making it 1-0 to Achilles veen.

The score was 1-0 at half time and we were frozen. This time is wasn't me being a southern softie either. There was ice forming on the main stand and what I hear is ASWH's resident dog shivering in his seat. I used this as an excuse to get something to eat. Asking for chips I was given crisps, so instead I opted for Brotworst, it was decent enough although it didn't really warm me up.

ASWH equalised in the 79th minute when number 9's mishit of a shot turned into a cross for number 15 to tap the ball home. Veen should've gone ahead again in the 81st minute when the player 1-on-1 fired straight at the keeper. ASWH won the game in the 90th minute when number 17 rifled in a volley from 25 yards, via deflection, Dr what would be the winner to keep them in contention for the title at this early stage in the season. They should've scored again late on but for a mixture of good defending and attacking ineptitude when ASWH only needed to pass it around the defender stood between the attacker and the goal. The final whistle game to great relief from myself as I moved as quickly as I could to get back to the car before my fingers fell off from the cold. 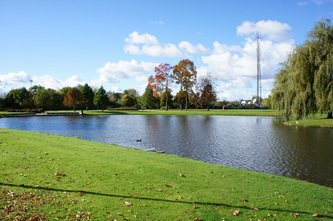 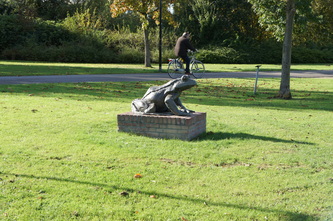 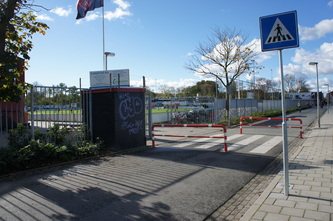 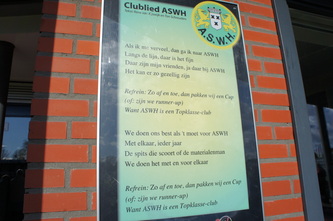 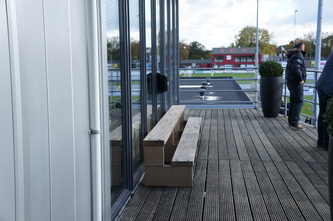 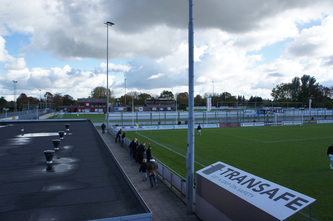 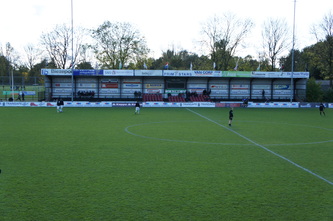 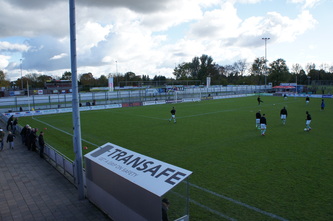 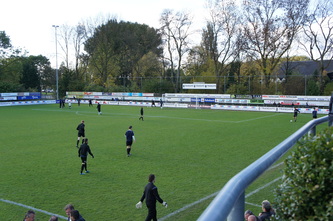 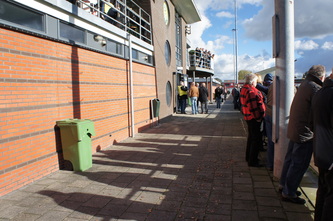 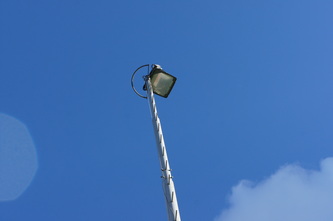 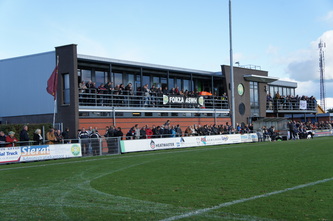 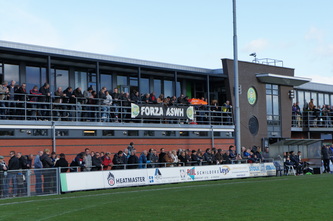 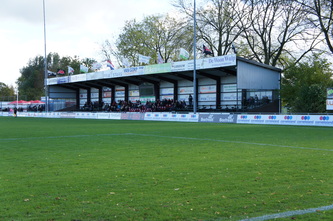 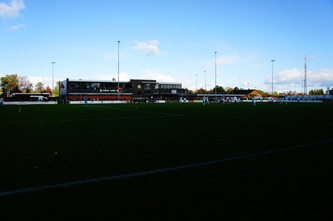