Curved roofs and the wind 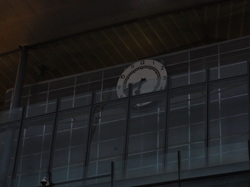 As has been mentioned in several blogs before we have a really bad habit when it comes to attending a game at a new ground. This time I feel that I managed to make the right decision as I may have been left upset with what is a very impressive ground. When it opened in 2006 the Emirates looked very dull from the outside save for a few logos. In 2009 the club underwent a period of "arsenalisation" and the result (particularly from the outside) is stunning. They enable you to get a number of photo's that can immediately be associated to this ground.

From the inside I wasn't as impressed. This is most likely because of how high up we were sat that the slope of the roof impaired our vision of half the stand opposite us so we didn't have as great of an impression, yet despite this the emirates is a quite stunning ground. Positioned about 500 metres from highbury, which you can see from the back of the stand (picture 6) the emirates was opened in 2006. Prior to deciding on the site of the Emirates Arsenal looked for other options. Amongst those were a plan to expand Highbury to 48,000 or relocate to Wembley Stadium. A bid was made for Wembley, but was eventually removed which led to the FA buying it and the result is quite stunning, how the course of History could've have changed would be interesting to see, but this meant Arsenal were still faced with the problem of expansion or relocation. In 1999, club property adviser Anthony spence approached the club with a new option, Ashburton Grove. Less than a year later the club had put in a planning application for a new 60,000 seater stadium with Highbury being converted to flats because of issues with the grade II listed stands. Of course several oppositions were met with the plans, but in 2003 the club finally broke ground and 390 million pounds later they had got this venue designed by populous. For it's aesthetics though, there is a major problem that is clear for all. It's like a library. For this match there was barely a peep from the Arsenal fans, olympiakos gave it their best but the acoustics really aren't brilliant, add to this the gap between the roof and the back of the stand make it quite chilly. The final issue I have with the ground is the rake of the stand as it is simply too shallow, if these problems were addressed from early on then what is a brilliant ground could have been made into a great ground.

The match highlights will be easily findable should you want them, so I will leave you with some photo's of the ground instead. 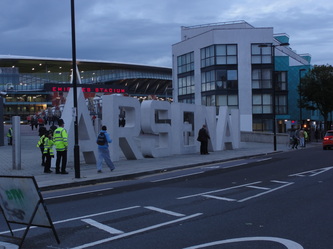 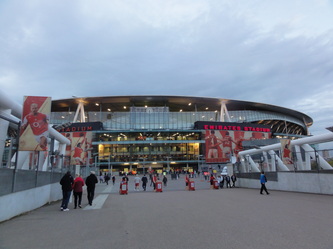 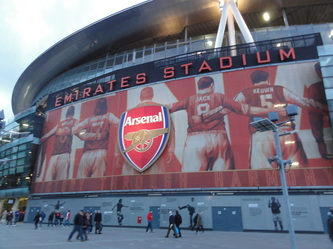 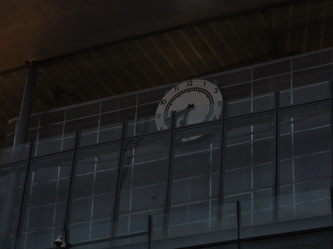 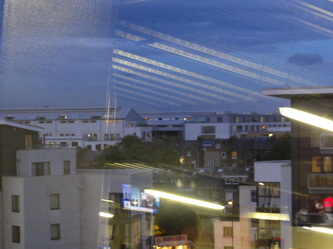 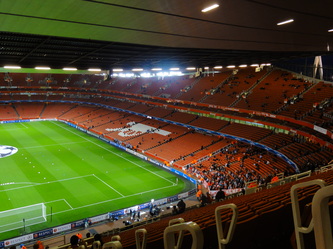 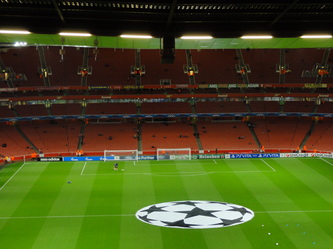 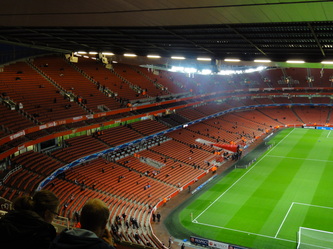 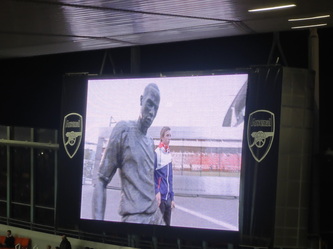 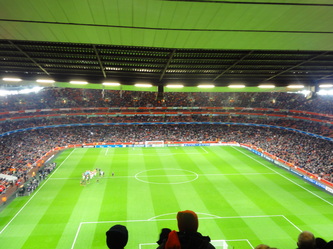 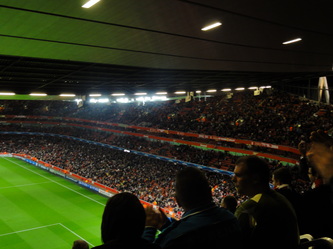 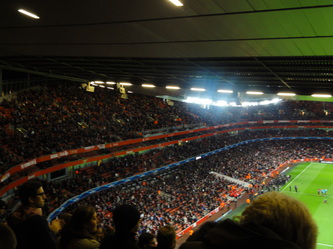 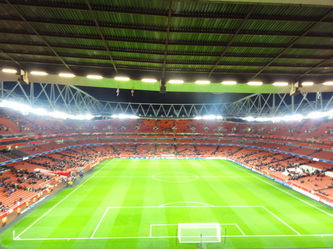