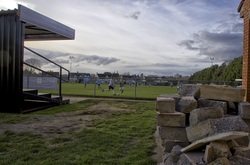 In Ardley's programme they make reference to how they're known for their hospitality. After today I can see why. Initial plans had been to finish at a University offer holder day in Nottingham and head to a game local to the area, but seeing everything I'd set out to, we left with plenty of time to spare. I'd changed the destination to Racing Club Warwick, but reaching the junction at 2 I thought I'd push my luck. The Hellenic Premier league is one that I'm striving to complete, and if all goes to plan come the end of the season, i'd have done 15/20 grounds in the league. Ardley is one of the harder to get to, being a long Bus journey from the nearest station, so with access to a car I was determined to 'tick' it.

Situated in the Village park, you walk across a Junior pitch/play area to reach the turnstiles. The perimeter fencing is, to be honest, not the greatest. Indeed, by the turnstiles, in one corner of the ground, are two signs. One proclaims 'Welcome to Ardley United' while the other is more to the point with 'Please support the club. No standing this side of the ground.' To be honest, if you visit the ground you'd have no problem handing over your admission money. As is common in the league, the people manning the turnstile portray a positive light on the club. This particular gentleman telling me where everything was in the ground, and pointing me in the direction of the clubhouse.

From the turnstiles there is a small path behind the back of a pre-fab terrace to the clubhouse. This is a smart building, with tea hut and boardroom to one side, with an overhang for people to stand. On the wall I spotted a poster from the Non-League paper, with an award for something along the lines of 'Most Improved Ground' I believe from 2004/5. Beneath the overhang there was a small stall with numerous boxes of programmes and some badges. I was irritated that I had no spare change as I'd have willingly bought an Ardley badge, the old style MSV Duisburg one and a couple of programmes. Maybe another day. Along one side was another pre-fab stand, with an extension, this time for seating. Backing onto conifers it really added to the charm of the ground, especially under the rare blue winter skies. The final end was a path.

In terms of the game Ardley are top of the table, and rightly so in my opinion. They're a very good team, with standout player Ryan Brooks getting a hat trick today. Going by the programme, his 3 goals today put him on 35 league goal (43 all competitions) in 25 games. Ardley could've, and perhaps should've, scored more but it was a fairly comfortable victory despite the best efforts of the visiting side. 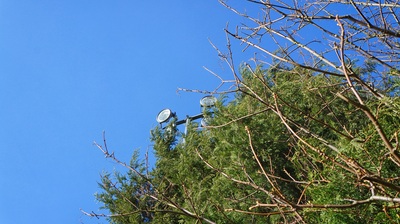 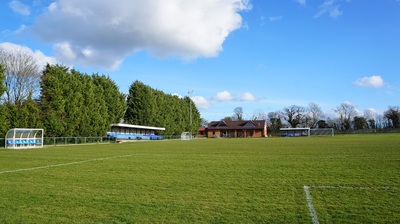 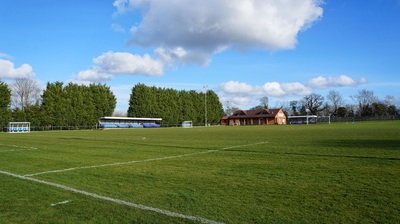 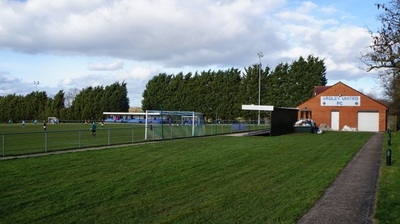 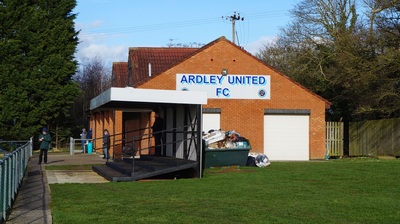 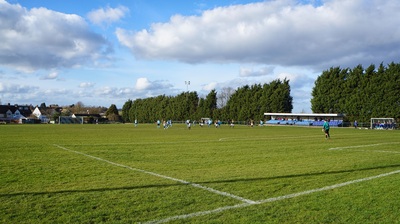 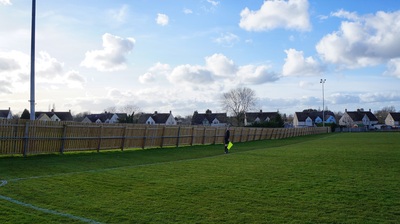 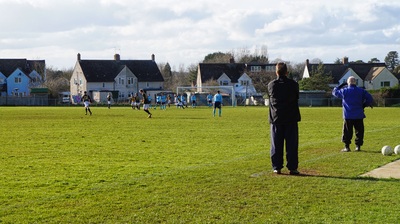 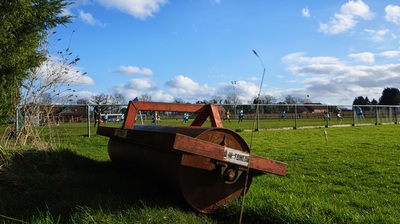 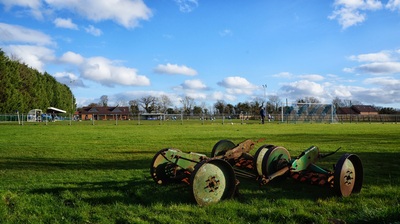 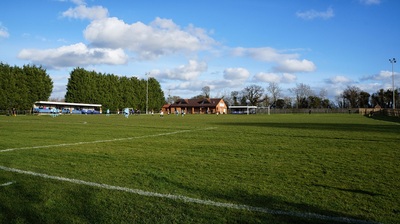 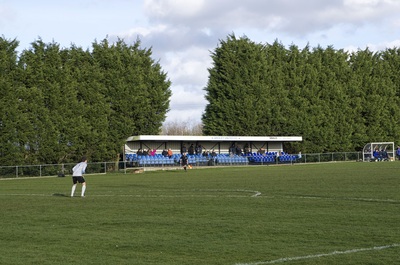 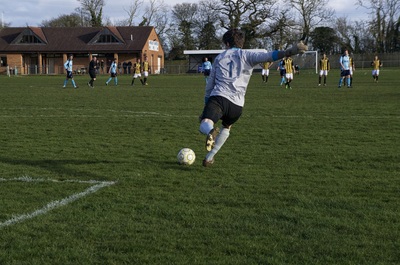 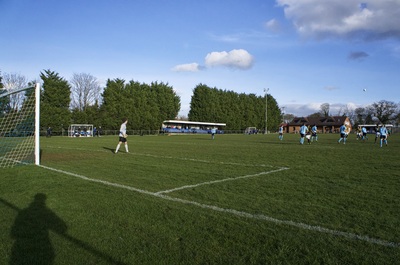 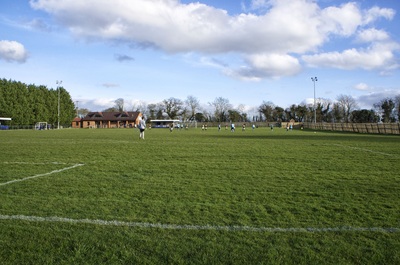 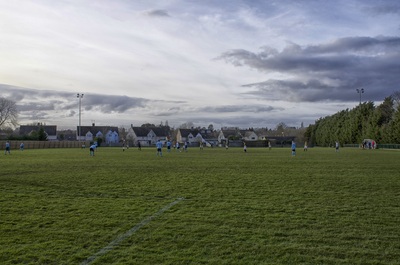 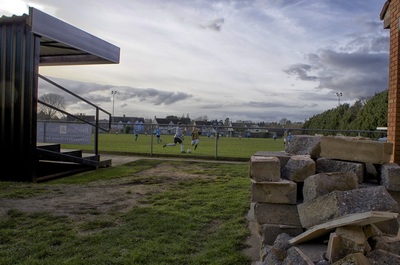 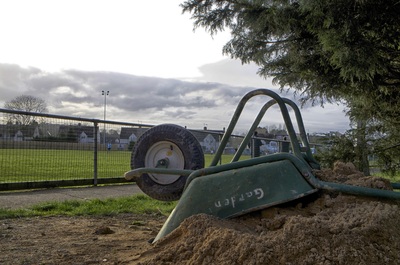 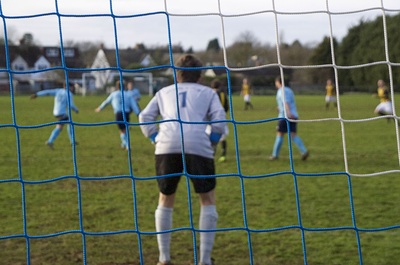 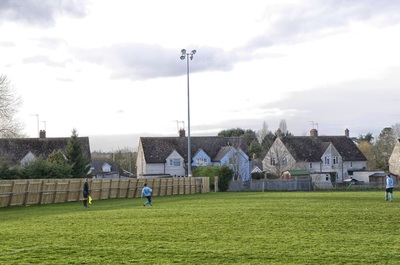 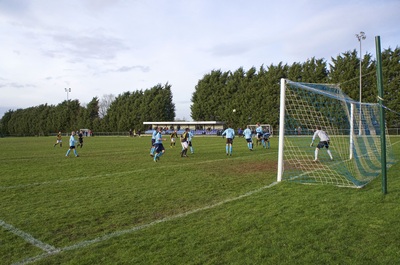 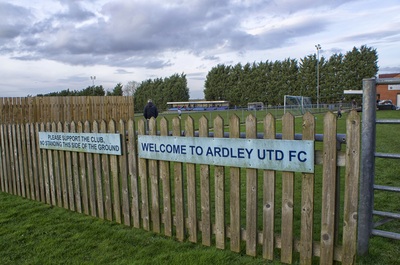