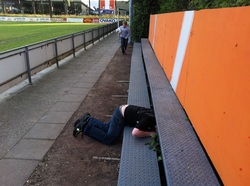 For this game we ventured to another Eerste klasse game, and well, it is standard lower league holland!
The ground overall is nice, the top of the main stand is similar in shape to many new builds, such as the cat stand at leicester tigers,with wooden benches painted green, although Alblasserdam wear orange and white!  The end you enter is a two floored building housing the changing rooms along with a bar. Opposite the main stand there is a small two stepped terrace made of metal, and yes, as the picture above suggests I (Daniel) did get stuck trying to retrieve our football! The far end is a grass area with a path (Which runs the perimeter of the pitch) and behind is a small canal (well it is holland!). This end also keeps with this weeks swimming pool theme as there is a large rod which was used to retrieve stray balls. The ground is part of a large sports complex. 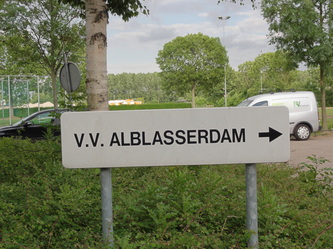 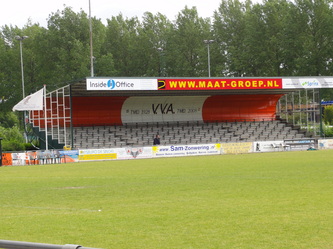 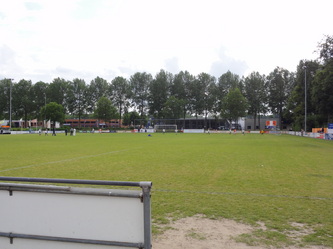 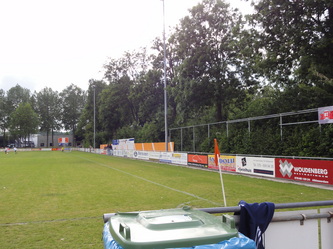 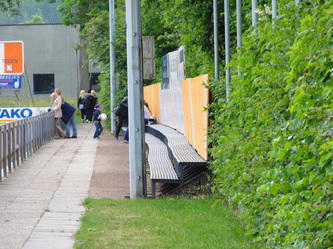 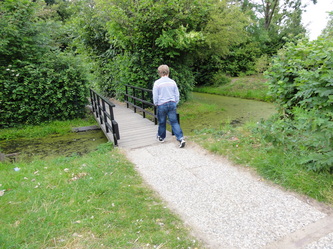 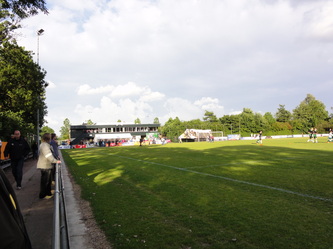 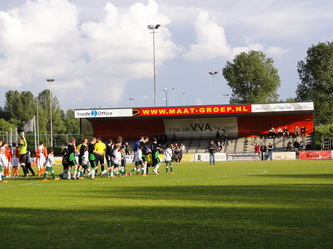 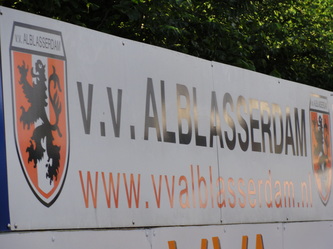 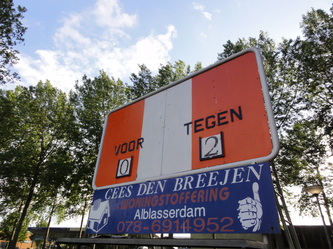 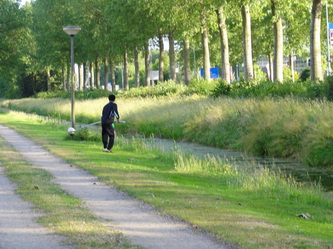 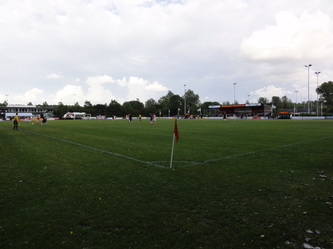 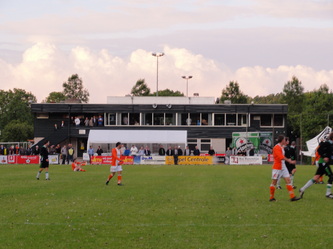 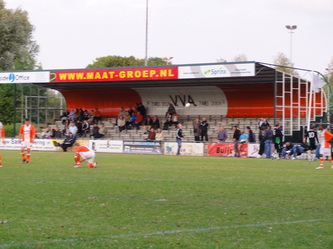 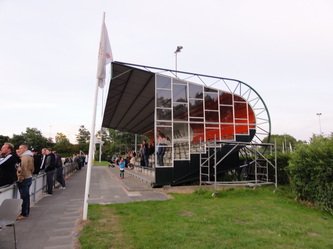 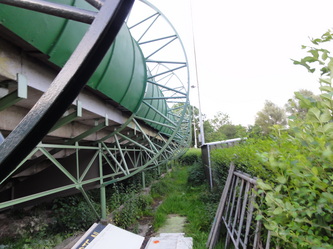 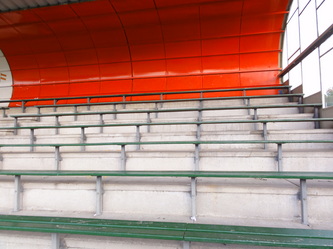 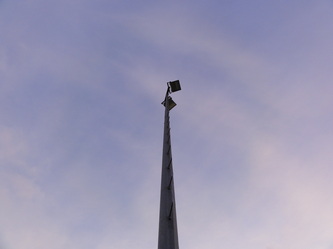 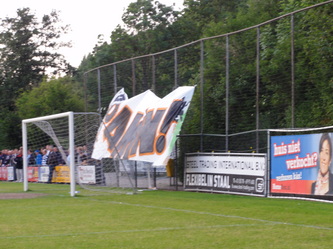