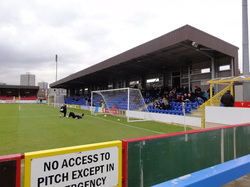 A late blow meant Aldershot were to remain in the relegation zone, but despite this there were several positives to take from the game, all be it against what was a very poor Wimbledon side.

A few weeks ago tickets went on sale for this game, but due to poor form sales were limited and the game was announced as pay on the day. In the end exactly 500 Aldershot fans made the short journey over to kingsmeadow. I was fairly optimistic going into the game. I was fortunate on the journey that there were delays going into Twickenham as well as extra trains into Twickenham. This meant that instead of a half hour wait at Twickenham I was stood on the platform for about 7. Very helpful as I didn't really want to be there due to the England v Australia game nearby. Arriving at Norbiton 30 minutes earlier than expected I didn't have the rush I had planned, it also meant I could get somewhere that had a decent view from a very shallow terrace.

My opinion of Kingsmeadow has increased since last year, this is because of the Kingston road end having been increased as part of those ridiculous football league regulations. Instead of a small terrace there is a relatively impressive cantilevered stand with dark blue seats, not a mention of kingstonian upon it. Due to lack of space around the ground there isn't a concourse underneath and I imagine the facilities are fairly basic (as with the rest of the ground). What was pleasing was that instead of a monstrosity that would've looked out of place, the style of the stand is almost identical to the Paul strank stand. The only difference being that the Paul strank stand houses the changing room and clubhouses. To our left was the tempest road end. This is a small covered terrace, probably capable of holding 1500. This backs onto an athletics track with a small stand. We were housed in the east terrace, a shallow terrace of around 6 steps, split half and half with home and away fans, using basic mathematics I calculate this holds 1300.

A look at the league table will show you what the majority of Aldershot fans have suffered through so far this season, and that this game could go to decide who loses their position in the football at the end of the season. I firmly believe that at least one of Wycombe, Wimbledon and Barnet will go down this season. This opinion was strengthened by Wimbledon's performance today. I'm not going to into too much detail as I've left this too long and didn't jot anything down on my phone, but it was a poor error from Jamie Young and failure to take chances that cost us three points. Dani Lopez took his goal well.

The way back was easy enough. I managed to get a completely empty carriage at Twickenham despite the rest of the train being rammed. 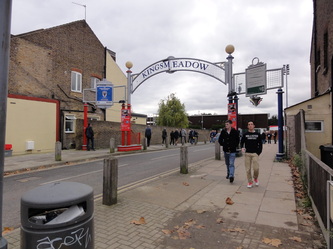 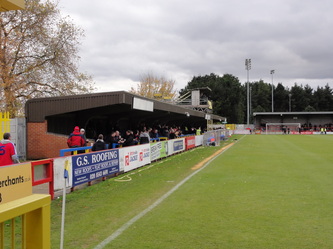 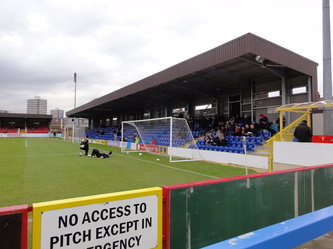 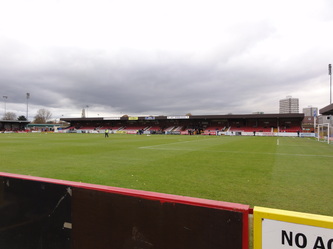 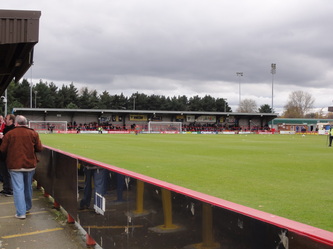 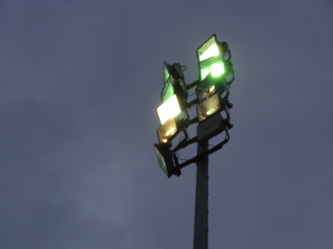 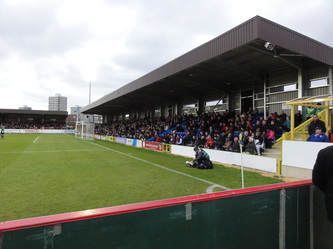 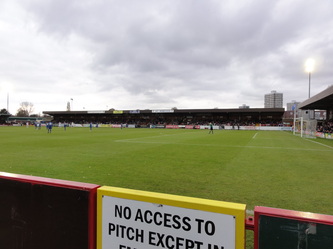 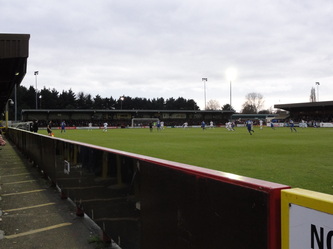 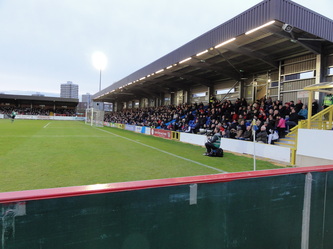 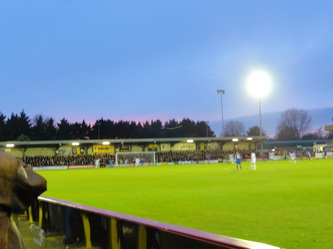 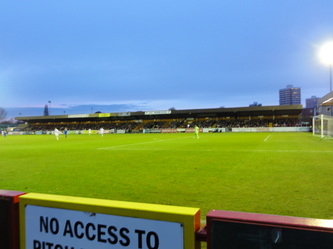 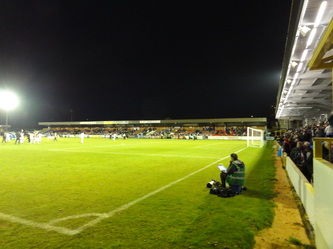 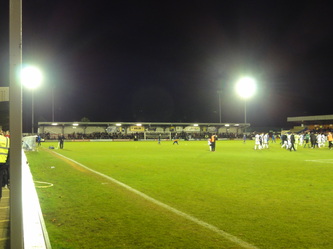 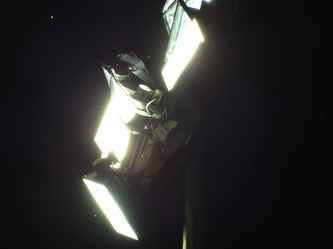