Given the history of the fans from Den Haag, it is no surprise that, eventually, a new out of town all seater stadium was built. The security is tight, the turnstiles are like no other I have seen. On entering the long side, you are confronted with a painting along the side of the moat reminding all of the (locally) much missed Zuiderparkstadion.
Tickets can be extremely hard to get, although, slowly, there are more and more games where tickets are available to the general public (but don't expect to see one of the top teams).
As ever in Holland, where the club has a reputation for restricting tickets, the KNVB Cup can be your friend.
The ground is ok, a little plain on the inside but looks really good from the outside. Even with a small crowd, the atmosphere was good, and I'm told can be really impressive.
Featured game ADO 4 - 1 Fortuna (KNVB Beker 12-11-08) 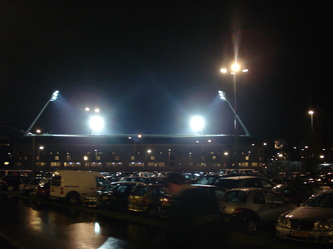 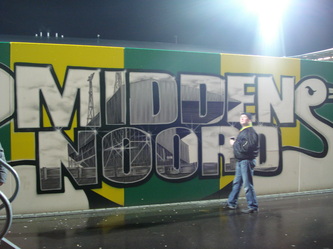 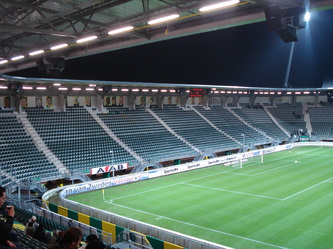 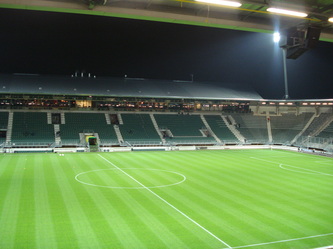 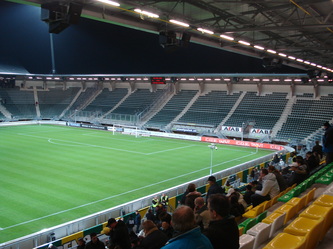 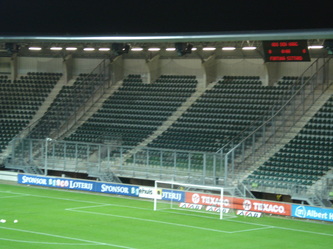 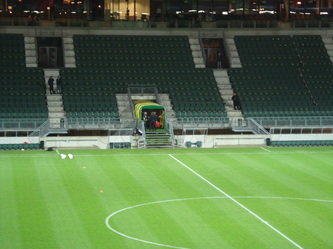 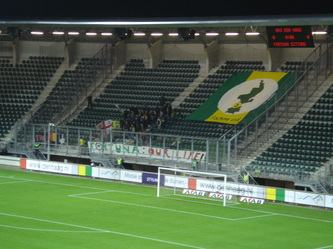 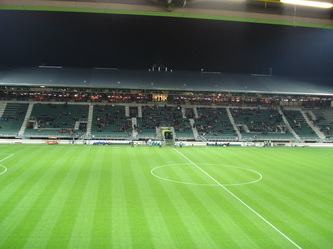 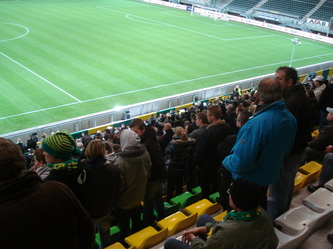 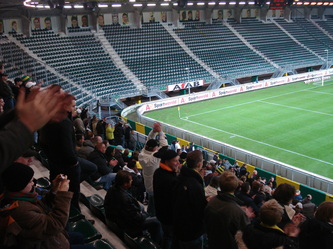 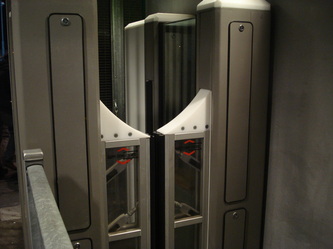 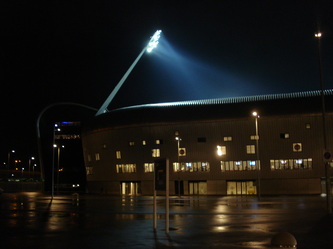